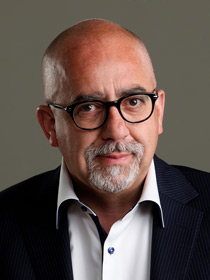 Melker Bent-Inge Garay is a Swedish author, born 1966 in Chile. He came to Sweden in 1970, where he still lives today. He has pursued extensive university studies in both the humanities and social sciences.

Garay's work focuses mainly on philosophical, theological and existential question formulations. His debut novel 'The Verger' has been translated into several languages.

In November 2017, the book »"The Rat and Other Evil Stories." Scarecrow. Twilight novels» in Russian, was awarded the Terra Incognita Prize, for writing skills and continuation of the traditions of intellectual prose.